Imagine soaking in a hot tub, glass of wine in hand, with views of a pinot noir vineyard just steps away. That’s entirely possible at the newly renovated Vineyard Cottage — a quaint but luxuriously cozy and peaceful place to stay while wine touring along the Bear Creek Wine Trail in Southern Oregon.

The cottage is part of Weisinger Family Winery, the oldest and southernmost of 13 wineries on the trail, which spans 21 miles from Central Point at the north to Ashland at the south. The trail follows the path of Bear Creek, the 29-mile stream that drains the Rogue River into the fertile valley below.

You can experience the Bear Creek Wine Trail in a comfortable span of a few days, or pop into just a few tasting rooms on your next road trip to Southern Oregon. It’s part of Oregon’s southernmost — and also warmest and driest — winegrowing region, the Rogue Valley AVA, known to produce award-winning wines from pinot noir to gewurztraminer, tempranillo, malbec, viognier and more.

“I was a kid when my dad planted the grapes in 1978; I remember then wondering if my future would have anything to do with them,” says Eric Weisinger, owner and winemaker of Weisinger Family Winery. Fast-forward to 1988, when the winery did its first crush, then became the first tasting room to open in Ashland a year later, in 1989. After his father retired, Weisinger took over the business and works on-site every day.

It’s typical to see owners and winemakers involved in daily operations in Southern Oregon tasting rooms, Weisinger says: “You have wonderful Southern hospitality. When we have guests, they get to know who we are.” Here’s how to tour the Bear Creek Wine Trail, starting from the southernmost point. 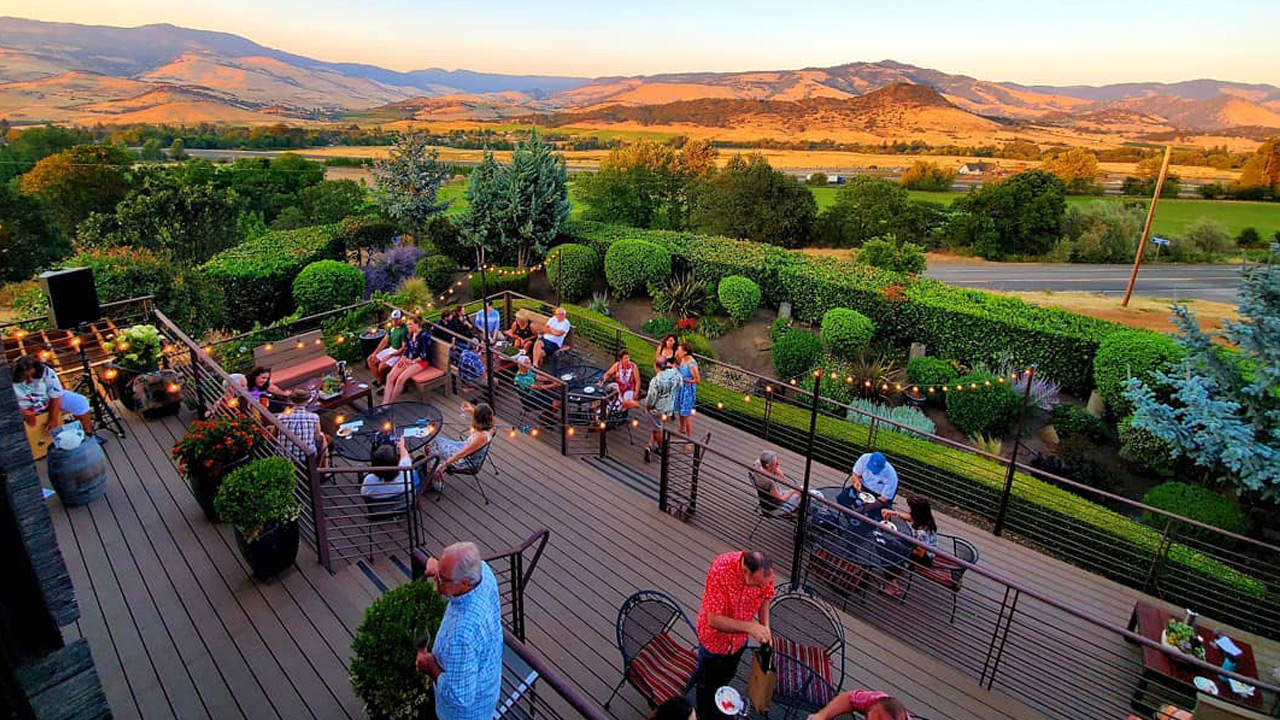